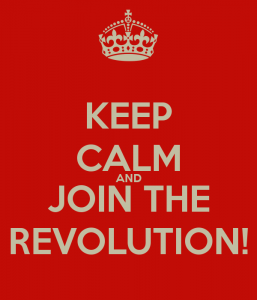 “Did I read that right?” “I thought Triple Threat Trading was for gold, indices and oil?”

Just as Jim Cramer’s famous “There is always a bull market somewhere” refers to him knowing there is always a sector of the stock market that is moving, Triple Threat traders have recently discovered that no matter which market we try the software, we figure out how to make it profitable.

And although Triple Threat was originally developed to trade gold, we quickly found out the power in indices, and oil as well.

Well, now that we have been chugging along in the beta test for a few months now, I have developed an excellent forex approach that has been the source of my best trades over the last two weeks.  After hearing from the webinars OHHH SOO MANY people simply throw their hands up and decide for some reason that trading a different market was simply impossible for them, or that “I can’t trade the London/NY session because of work.”, I decided to take that idea to task and see what could be done about it.

What came out on the other side is a truly amazing, and VERY powerful forex trading strategy, that not only works very well in London and NY sessions……but…….you might have guessed it…….works VERY well in the Asian session.

Since we had quite a few members who live “Down Under”, and many of them really wanted to focus on forex, I decided to hold a special webinar where I showed off the Triple Threat 5-minute strategy.  I can almost hear some people now…..”5-minute charts??”  “I can’t trade 5-minute charts”.  “I don’t have that kind of time to stare at the charts.”  Good grief.  YES YOU DO.

The 5-minute strategy doesn’t require that.  In fact, as you will see from the webinar, I was able to simply start the session several hours after Tokyo opened, quickly identify where the best trades would likely come from, and then trade them when they setup.  So unlike other 5-minute strategies that have you sitting staring at a screen, Triple Threat allows you EVEN ON THE SMALL timeframe to identify potential trades in advance, and not waste your time watching the screen.  With the addition of the BRAND NEW “Pattern Match Navigator” software just released into the program for all members, you can save even more time by only looking at pairs that are moving in the right way.

By all means though, check out the webinar and see what I’m talking about.

How profitable were the trades??  The first one taken, the Nzd/Jpy ended up yielding +50 pips in a few hours.  The second setup, the Gbp/Jpy yielded more than +20 pips in less time, BUT the reversal went for almost TWO HUNDRED pips a few hours later!!  Soon after the webinar completed (after all, it’s just a bit more than an hour), the Gbp/Aud setup for +125 pips in a matter of three hours after entry!!!  And since we have management profiles for this strategy, we just set our trade manager and WALK AWAY.

So, let me ask you…..When was the last time you were able to get a few hundred pips from Asian session setups in a SINGLE DAY????  Tell me your 4-hour system has done that recently, you’d probably be lying.  And I probably didn’t have to spend much more if any time watching the charts.  ENJOY THE VIDEO!!

So the next time you think that you can’t trade because of this excuse or that excuse, just remember, “There is always a profitable instrument for Triple Threat somewhere!!!”

YOU CAN make faster forex profits with Triple Threat!!!