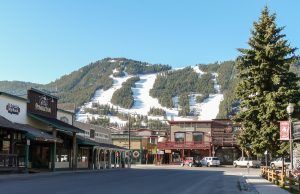 The meeting of the Fed reserve at Jackson Hole was our focus for the week. It brought the volatility we were expecting at last on Friday.

The movement of the markets was interesting to say the least and if you were a spectator as I was, you would know that Janet Yellen was not the cause of optimism for rate hikes, in fact despite her rhetoric about a ‘case for increase’ the USD weakened for a while until the vice chair spoke to CNBC. We will take a close look at the speech and the projections .

The US Fed, was not the only source of speeches at the convention. Kuroda spoke, so did Benoit Coeure from the ECB spoke: leaving us with another bunch of insights to weigh in the context of a very busy and important calendar in the week ahead.

We are almost into September, and maybe we will see volumes pick up. There is a proviso…labour day in the US on 5thSeptember may just mean another low volume week and with speculation of follow through or lack of it, for the USD a certain amount of caution may be wise. There are two huge meetings which coincide next month:  September 20th and 21st both the Fed FOMC and the Bank of Japan meet to discuss policy and decide on rates. It is time to start preparing some post Jackson Hole scenarios!

So this week it is back to the classroom to consider the three R’s: rhetoric, reaction and the risk climate.

Of course Yellen kicked off, remarking on the return to near full employment and price stability goals achieved.  Her case for increase seems to be based on these two areas rather than on growth, a point made in a later interview with CNBC by her vice chair, Stanley Fischer. In fact he made the point that productivity growth had not been seen and was rather going ‘the other way’. Not so encouraging.

Data is so plentiful that Fischer suggested that you could use it to make any case, for or against. His emphasis was also on labour and data dependence.

Friday’s data showed a slight revision of GDP down to a less than impressive 1.1% whilst consumer spending revised up tom 4.4%. You can see Fischers point!

Speeches of note also included Kuroda from the BOJ. He again is stressing that the bank stand ready to take more action. Jaw boning it may well be. A promise to buy EFTs is hardly sufficient when in Japan there is absolutely no sign of inflation, which Kuroda admitted, and a whole pile of QQE, which seems to have had zero effect. So what can he do? Helicopter money he says is limited under Japanese law and the bond buying pool is drying up. They are running out of options whilst the currency has continued to strengthen to damage exports:

There inflation is a depressing statistic, and the options available in terms of monetary policy, diminishing.  So does that mean more negative rates?

The ECB also had a say, via member Benoit Coeure, who warned against the negatives of negative rates, which were seen as a transitory tool not a long term arrangement. He also mentioned the need for fiscal reforms by the Euro nations making up the zone, and that he knows is challenged by complicated politics.

‘’All the monetary policy measures we have taken were a necessary response to this. They stabilized the euro-area economy and anchored medium-term price stability. But they were done on the assumption that low real rates would be temporary, because other policies would act in their fields of responsibility.”

In the shorter term, data has been firming up in the EZ, with a not bad PMI result this past week…as small as it is it is an uptick. 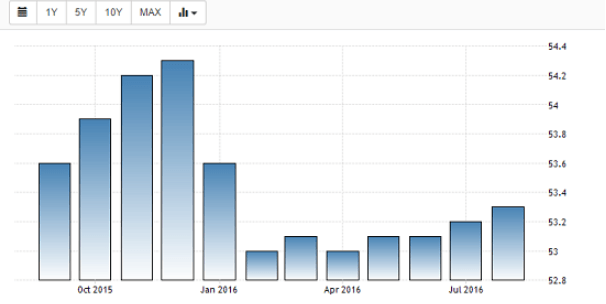 As Yellen spoke the feeling was cautious optimism and the more likely interpretation was that they were looking at December rather than September to tighten again. The interview with Fischer was the actually the catalyst that caused the USD to surge, when he agreed that Yellen’s comments were indeed ‘consistent with a rate hike’ as early as September.

Here is the action on a H4 chart: 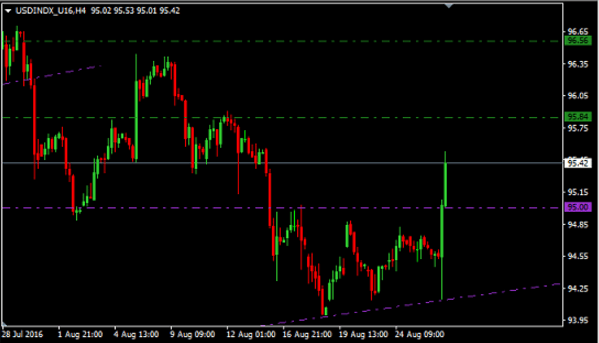 There was talk also of the Fed funds rate aiming for 3% …another revision down from the 2014 prediction: 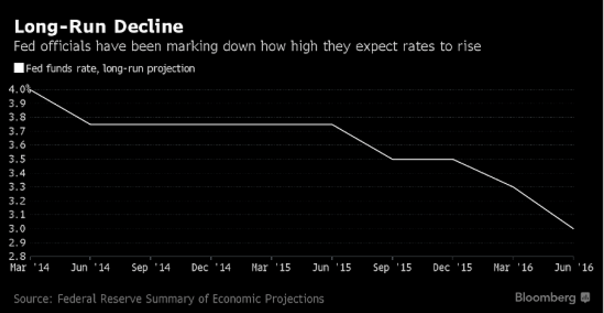 And yet even this has not yet been accepted by the market.

The US treasury yields did push upwards on the new insights; images courtesy of www.stockcharts.com 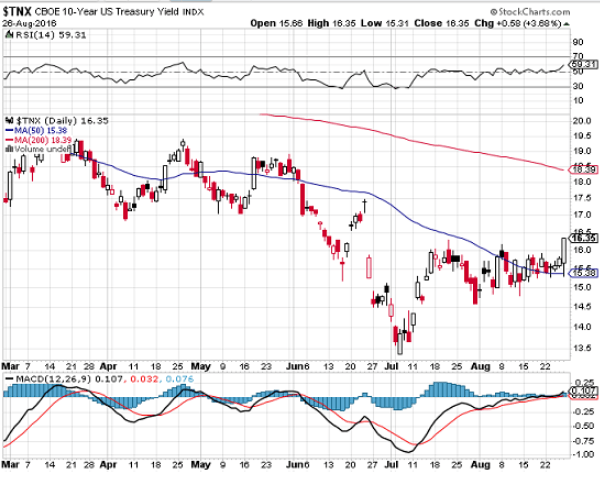 The equities sold off but recovered into the close:

Something to watch now, there is the risk environment to weigh and the fact that less accommodation can have a negative effect on equities, even though they can benefit on a better recovery outlook. 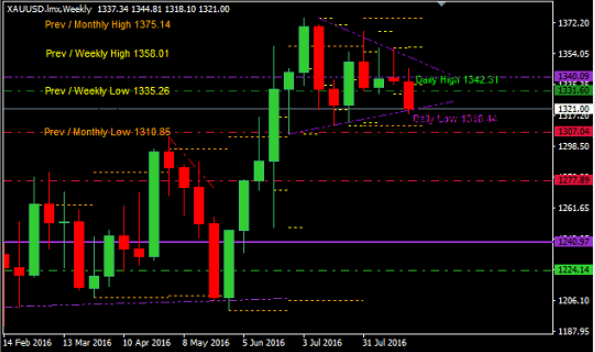 Another point is if inflation does start to show itself then Gold can benefit as it also will if risk aversion sets in.

So what can we see in terms of risk behaviour?

Apart from the equity reaction the emerging market sector pulled back: 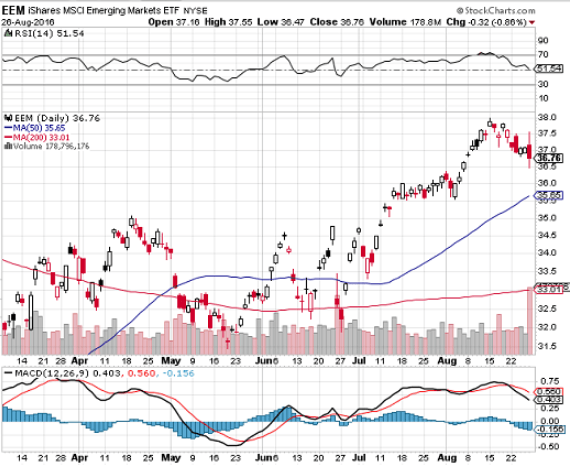 We know the risk in places where there are high levels of USD denominated debt.

The VIX saw more action than it has been use to in the last month: 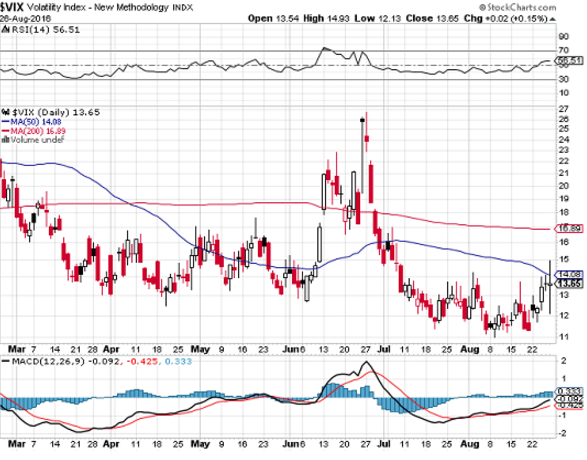 Risk trends have been a grey area for a while, with evidence or aversion and appetite.

The question is will the Fed route from here clarify the risk environment one way or the other…and what of the BOJ?

The risk climate on Friday in the light of the Fed meeting was leaning to the aversion side.

A Word On Oil

There is of course, an inverse correlation of oil with the USD, which we saw on Friday, as oil fell back into the close. This is the weekly perspective showing resistance and consolidation in the bigger picture. 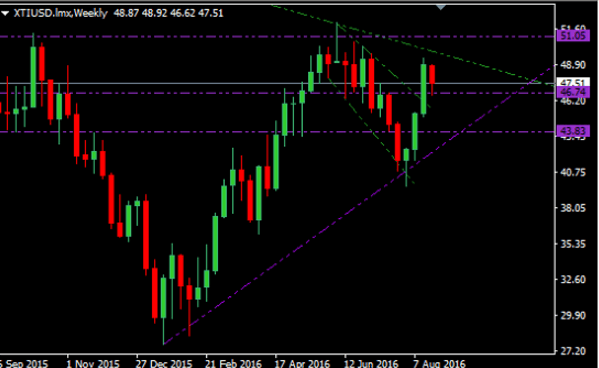 However, there are issues that affect oil quite apart from the strength and the potential follow-though for the green back next week. A rally ensued from the ‘promise’ of Iran joining OPEC talks and possible supporting a stabilisation of prices and production. However inventories continue to rise, stored oil can come on stream once there is a decent price and production continues to rise notably in Iran, Iraq and Saudi Arabia. There is little scope in the possibility of any of these three  losing their respective market shares. Remember the ‘no deal’ in Doha!

Monday, we kick off with the US PCE, which does not register as a major piece of news. It is however well known as a Fed favourite so worth watching. US personal spending is due the same day.

Tuesday, inflation data from Germany and Spain, following the  reasonable PMI results of last week, this will be important for the EZ in the short term.

Watch out for US consumer confidence and CAD current account.

Wednesday;  more inflation data from the EZ including CPI for the zone as a whole. Advanced NFP from the US, CAD GDP and crude oil inventories.

Plenty there to define the fate of the USD as the market continues to watch for their next steps and we cannot just assume that the volatility we saw on Friday will continue.

The spike in volume on Friday afternoon was expected but it doesn’t mean it will continue  and we need to see more signs of its return.  There may be some longer term trends to trade, with the USD an obvious but as yet unreliable candidate. Let’s see how the news is digested and see if the NFP can be good enough to look to a September rate hike.

As far as opportunities are concerned, the USDSGD is on the top of the list for longs if the fundamentals firm and the technicals set up. EURGBP is a long opportunity with some better than expected data from the EZ. We may not expect it to last especially in the light of comments from Coeure but at least for now it’s a good pairing. Also EURJPY is on the buy list. AUDNZD is technically attractive, as is the AUDJPY, another good technical pattern.

The US equities are back on watch, for the short side and they will need much more mature patterns. Gold is still a long when the technicals are right.

Personally, I prefer not to trade until Monday NY session at the earliest just to see which way the wind is blowing and how the sentiment is shaping especially after a big event such as Friday’s.

I want to close on an issue raised in the FT by the much respected John Authers, speaking on the subject of pensions. With liabilities outstripping assets especially in the US, mostly due to bond yields in negative territory, there is cause for concern as the population ages; 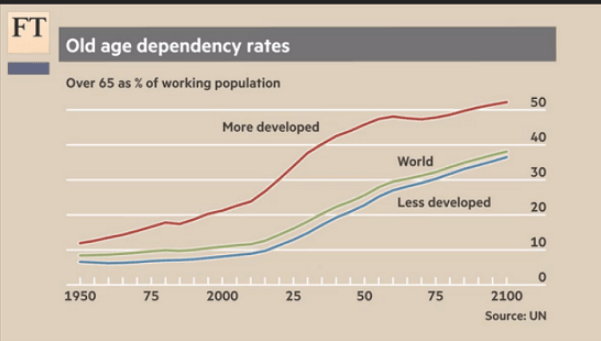 He calls it ‘a looming crisis’ which could be avoided if the appropriate investments are made…in infrastructure and renewable energy as seen in Canada. No one is yet taking any such steps or even take notice.

My quote of the week is from him ‘If we have done our job, you should be scared out of your wits’

The recent little bubble of optimism and talk of inflation should not detract from a bigger picture where signs of growth are absent, as in Japan, and only faint even in the US. Mr. Auther’s words may find resonance in many places besides pensions.