This is a copy of my analysis for Forex Mentor Pro Members on Sunday 28th July: If you think that title is weird, it is merely me trying to reflect the state of the markets.  Currently we have gone pretty wacky.  The Gbp, Eur, and Aud versus the dollar are all pretty out of whack, the Cad pairs aren’t doing anything much that really we can dig into and the Yen-crosses are stuck in a range.  ON TOP OF THAT, we have an NFP week where NFP is on THURSDAY!!!  Due to July 4th holiday for the US, the markets will be closed on Friday forcing the powers that be to place NFP on Thursday instead.  Canada has a bank holiday on the Wednesday of this week to boot.  Then, simply add in the fact that Greece refuses to accept virtually any deal put in front of them, and we have floorex markets instead of FX. 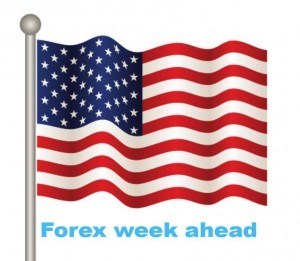 During these crazy weeks we should always use extra caution and remind ourselves that we are trading to MAKE MONEY, not trade for trading’s sake.

So if there aren’t great setups, no one is holding a gun to your head (I hope) telling you to pull the trigger before they do!

The best approach is to fire when there are good setups, and get used to learning how to sit on the sidelines otherwise and enjoying trading in other ways.

It might be a good opportunity to check out a market you have never traded, spectate your favorite pair on a different timeframe, or have a play with some fibs instead of taking entries.

The more you can use the time to be productive when you shouldn’t be actually taking trades the more rewarding trading is in general and you won’t feel like that time is wasted.

In any case, it is always best to shoot for “early in, early out” on NFP week and try to get your trades in the first couple days of the week, and then turn into a turtle in the shell towards the end.

Euro/$: Not a whole lot has changed since we discussed this last time.  Still looking for a breakout of 1.1375 for a long and a breakout below the trendline shown in the video as well as the daily 55 ema for a short. Video has more details.

Gbp/$: The Pound looks more bullish than the Euro, but that is neither comforting or means that trading is easier.  For longs, I am looking for a pullback and bounce from 1.5640ish area OR a breakout above 1.5900.  For shorts, we really ideally need a breakout from the trendline shown in the video as well as a clearing of 1.5600 at minimum, more desirably and confirmed below 1.5270.

Aud/$: Sideways in a small range despite breaking out of .7700.  Our range really is .7800 on the top end for longs (.8000 target in that case) or a breakout below .7550 on the low end for shorts.  However, there is still the ability to trade smaller areas within the range for less profit target and smaller stops.

Euro/Gbp:  Made a nice close below .7150 and the Euro certainly seems more bearish than the GBP.  So we will hopefully get a pullback to .7150 again for a short trade there with .7050 as a stopping point along the way to potentially .7000.  I don’t particularly like the idea of longing this right now unless/until it makes a much bigger gain and finally clears that trendline on the weekly before I would consider it.

$/Yen:    Hopefully you have been able to profit from the last round of advice.  This pair has been a gem amongst some ugly rocks lately.  I would continue to seek out longs from the daily 55 ema with 124.00 as the target.  Breaks above 124.00 can be longed as well.  For a major reversal, we need to see 122.00 get taken out and we should be on for a good move down if that happens.  However, I don’t see that happening considering the strength of the dollar against the Yen’s weakness.

Aud Yen:  Continues to roll sideways and the longer it does, the more dramatic the breakout is likely to be.  Keep an eye on the range of 96.50 to 94.50.  Ideally, I’d like to see price clear 96.50 since there is a lot more free space above.  The confirmed move down would have to clear 93.00 to the downside before I got too excited about shorts.

Usd/Cad: Not a whole lot going on here, and price is really just bouncing in both directions from the daily 55 ema at the moment.  For me to want to trade this, I need a clean break above 1.2475 for longs or a stronger move away from the 55 ema and the trendline I show in the video with 1.2100 as the target and possible long from there on the bounce

Eur/Cad: Not a pair to be enjoyed at the moment!!  I am really waiting for more clarity before I want to trade this again.  So a break above 1.4100 would do that as well as a break below 1.3600 which leaves a FULL 500 PIPS IN THE MIDDLE!!  However, there has not been a whole lot of nice movement so despite the size of the “inner area” I am going to leave this one alone until the bigger break happens.

We are NOT a “tipping service” our aim is to teach you how to trade for yourself.

Hope you enjoy the analysis!! See you Wednesday for an update!! Best wishes and happy trading to all!!!