The Risk Of Risk

With the YEN steaming ahead during the last week you would be justified in the view that risk aversion had made its presence felt. The S&P500 and global equities continue to look precarious and vulnerable as we head into the US earnings season. There were however contradictions in the tone of market behaviour with commodities gapping up on Friday following renewed optimism in the crude market. Equities enjoyed the news after a challenging week and emerging markets continuing their ‘recovery’ as did junk bonds .

The truth is that little has changed in the way of the underlying fundamentals and the inherent weaknesses continue to threaten more sentiment shifts and volatility ahead. I am away from my desk this week and will not be trading but the I shall be watching out for the big players in the week ahead which include the IMF, China and US inflation data. It is a formidable line up.

The Risk Of Risk :Crude Optimism

An obvious place to start the week’s review as it caused something of an about turn in the market on Friday. There were three factors; the trend started to develop when the inventories in the US on Wednesday showed an unexpected drawdown which gave rise to the speculation of a diminishing of the global glut in supply. This was followed by the increasing hope of some kind of opec and non opec production freeze deal. Well we have heard that before and it cannot be relied upon. The third factor was data relating to the continuing rig closures in the US

What we have to consider is whether or not the confluence of those factors is enough to control the supply issue for real on a medium to long term basis. How easy would it be for example for the US to reopen their fracking plants and resume production, given enough increase in the price to justify it? That certainly seems a factor to drag on any rapid increase or long term sustainable rally. The deal of course remains to be seen and with the Iranians stepping up production there is still a lot of doubt surrounding its success and its ability to effect supply enough, even in the event of a consensus among the producer countries.

Crude rallied into the close, with the wweekly move impressive but at another resistance level: 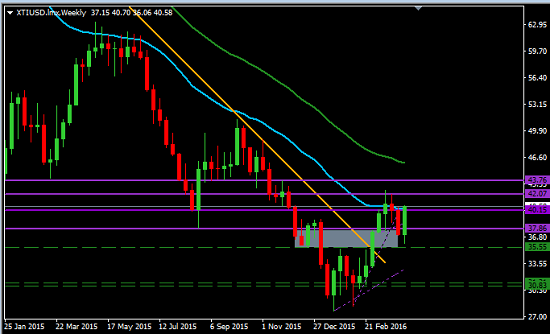 Demand on a global scale is still another issue with global dis-inflationary trends and stagnant growth especially in the manufacturing sector failing to promote any sense of optimism and quick fixes. The IMF have already warned of the global economy losing momentum so how can the demand for commodities in general and oil in particular shift to the positive?

The Risk Of Risk: The Japanese Dilemma

If we want to see a real case of momentum we can look to the performance of the JPY, here paired against the USD 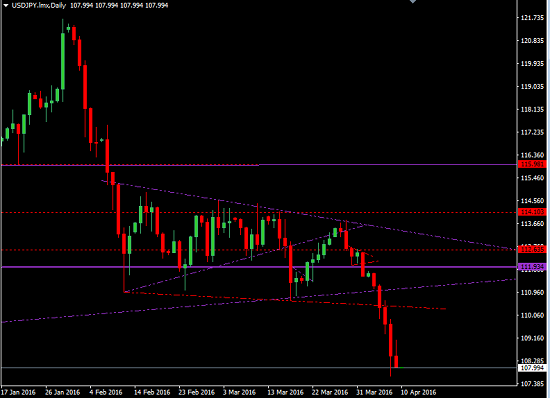 The threat of intervention lingers and much speculation has been prompted by the big funds as to where and when Kuroda, at the head of the BOJ might step in. The key might be 100. The bigger question is, what can they actually do to stem the advance? As the likes of BOJ and the ECB continue their efforts to stimulate their economies they may well be running out of ammunition and negative rates may have hastened the end of intervention policy as we know it.

The Nikkei has suffered the effects

The Risk Of Risk: Warnings and Gloom

The IMF have already made some observations that sow the seed of potential gloom, risk aversion and volatility ahead. With the world economic report coming up this week , the possibility of the risk climate shifting further towards fear remains an acute possibility. Lagarde has left no doubt that there will be lower forecasts on growth and with individual countries separately assessed and issues on the table such as Brexit we should braced for a reaction.

In the same week we have Chinese GDP and of course,  there is a lot of media discussion about the reliability of data that the government churn out. This will be an interesting juxtaposition with the IMF report.

Inferences in Equities and Bonds

Corporate earnings have been hit especially in the energy and banking sector and this new season may hold more news of sinking profits and dwindling growth.

The S&P500 is on watch with a down bias, and negative for the year 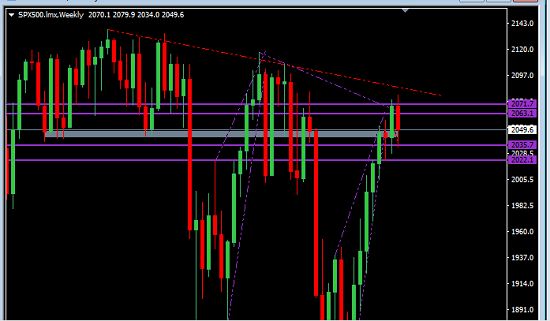 The daily reveals a technical head and shoulders 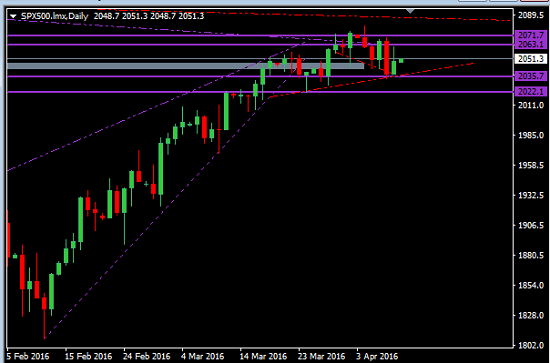 The European stocks have also on a weekly perspective revealed their inherent weaknesses. 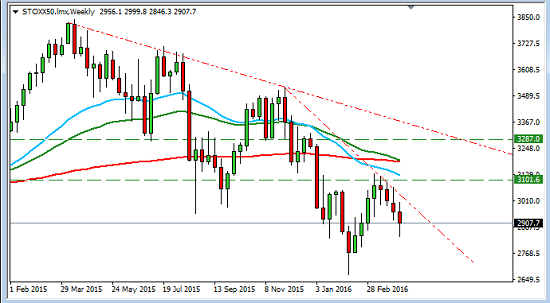 The USD have managed the dollar in the downward direction by their reluctance to forge ahead with rate hikes. A weak dollar can support the corporate environment especially for the big exporters. Whether it can do enough and fast enough to prop the indexes up remains to be seen.

In the bond market the US10 year bond yield continues to undermine ant FOMC tightening schedule:Chart courtesy of stockcharts.com 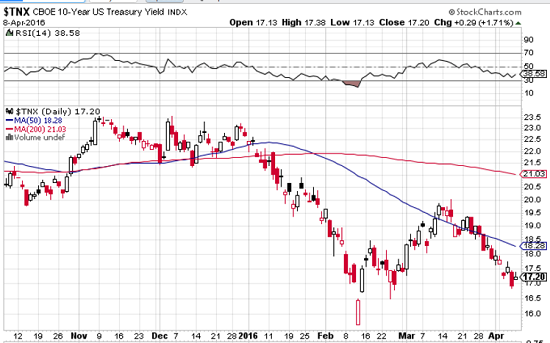 And in Germany we get ever closer to the zero level in the German 10 year Bund yield: 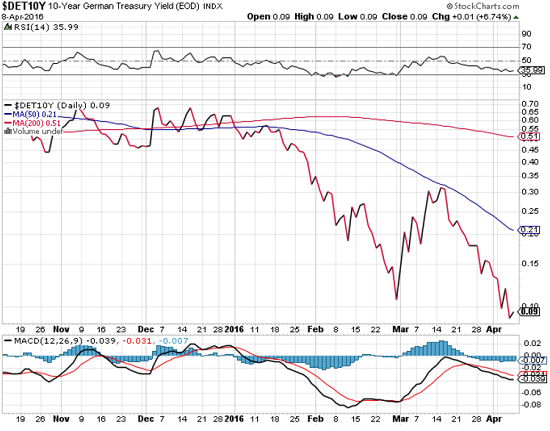 Friday, Chinese GDP and Industrial production and even a press conference, CAD manufacturing US empire manufacturing and US consumer confidence.

A short report this week but with important reminders which include the awareness of sentiment shifts, The theme of relative monetary policy continues as always, with the USD on the downside of a weekly trend line we wait to see if there is follow through. 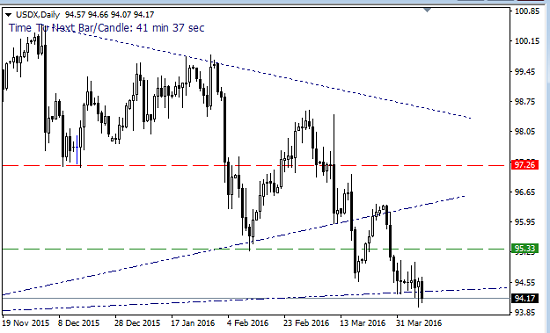 Either way the US has given signs, even from Janet Yellen that the data may be in place to proceed however carefully, and the place they hold on the monetary policy ‘easing’ curve has not changed in relation to the other world economies. The other thing of note is that if risk aversion sets in with a vengeance then the US is the safe haven among the currencies. All factors to be weighed in any pairings involving the greenback but either way, long or short, the pairs will take careful choices.

It could be an up-setting week and the guard cannot be let down. It could also sow the seeds of longer term trends in the forex and in equities which could in turn bring some clarity. It may however not bring optimism and with the IMF poised to spread some more gloom and without any clear guidance from them as to how it can be reversed the bias remains towards the ever increasing risk of risk aversion.