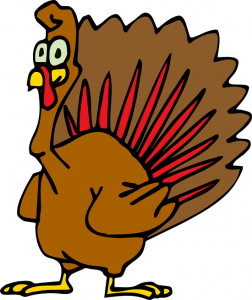 I thought of just writing one paragraph this week. No-one knows what is going on! It would be about the lack of direction, the distortion of policy and economics by central banks across the globe, the inevitable growing mistrust of their opinions and the dangers of speculation in such an environment. Come to think of it, that paragraph could easily become a dissertation of it’s own.

The bottom line is that with no clear guidance from the Fed the market is confused but despite it’s confusion races onwards and upward…literally…in risk-on mode. Can it last? As the FOMC look set to raise rates in December I decided to focus on what the dangers of that may be and what should we be on constant watch for . The closing days of last week may evidence a resilient market place but it may not be all it seems.

The divergence in the US policy from the rest of the globe seems set to deepen. The FOMC minutes, and which pre-date the events in Paris last weekend, threw up another bag of contrasting opinions…which boils down to another fudge. The vote looks like it will be in favour but the rhetoric was not so clear and thus the slightly hawkish view on hikes was watered down by the increased dovish sentiment. Member Dudley says be prepared. However, ‘’several participants indicated that, in the current low interest environment, it would be prudent for the committee to consider options for providing additional monetary policy accommodation if the outlook for economic activity were to weaken.’’

Here we go again!  This is not likely to change the view that the December rate hike is on but with strong and persuasive arguments on both sides a lot of doubt can be cast on the future path once they start that tightening process.

Meanwhile on the other side of the pond, Mr. Draghi continues in his promise to do what it takes  to protect inflationary growth. Not that there is much to hold onto.He maintains that the economy is on a firmer footing than before QE but talks of sluggishness.  No wonder the market is losing faith. The ECB meet on the 3rd of December so they go first and have to make a few assumptions of their own about the path of the US FOMC. A rate rise in the US will impact the ECB as far as currency is concerned one would expect a cheaper Euro as a result, which will take pressure of. But further implications lead to a conclusion that sooner or later the ECB the BOJ and the PBOC will all have to liquidate further. Its a domino effect for the struggling economies.

Forex Headlines;Taper Tantrums and other Dangers

The ‘what-ifs’ of the rate rise. The dangers at home in the US economy is among other things, to loan holders ..it isn’t insignificant when we think in terms of trillions!

Corporations relying on zero rates will probably default and equities may fall as a result. There is a mountain of 4 trillion USD corporate debt.

There are those that say the market is ready that delaying will risk inflationary pressure and of course the prime job of the FOMC is to control it so it does not exceed 2%. It is a thin line and a difficult judgement. One side of the argument is that a small increase and a gradual return to ‘normal’ conditions will not trigger any major problems.

The dangers to the global economy are even more precarious. Another debt mountain in the emerging markets could easily prove to be a crisis waiting to happen.

When currencies strengthen, as the USD has and that would be expected to continue, imports cheapen. Herein lies another problem as they are not looking too good even before the hike; the chart is self explanatory;

The next danger is of course sentiment. If a crisis in the emerging markets follows then the setting in of risk aversion could be swift. The Vix currently is calm, well at least they have fallen back to 15.47 this past week, but there are danger signs elsewhere.

The CBOE Skew Index is derived from prices of the S&P tail risk…a worst case scenario using out of the money option prices.  It indicates, in a nutshell,  the cost of options currently being used to protect against unexpected moves in equities . The bigger the risk the higher the cost of  insurance. It is at a high and in stark divergence from the Vix.

It goes without saying that we also need to monitor equities and in particular the S&P Index. This saw risk appetite return with avengeance erasing almost all of the losses from last week. Optimism, in the face of terrorist attacks and a looming tightening process is just a little eerie but then there is anticipation of more money washing through the market courtesy of Mr. Draghi. This is how it looked by the end of the trading week; 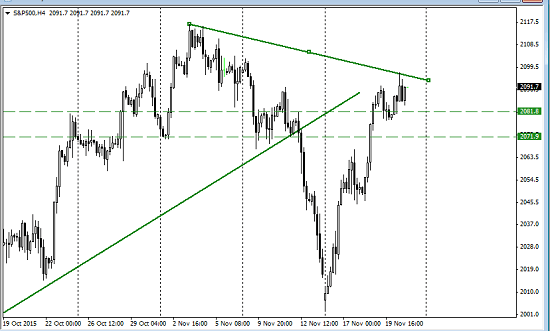 Needless to say we are back at a significant level. A place to watch for sure.

The final danger to mention is liquidity. as we head into December it will gradually shrink, leaving the reaction from any sentiment shift to potentially multiply in effect.

It is extremely likely that in the strange environment we find ourselves, we will have a choppy market and short term swings as sentiment shifts around and as reactions and further speculation unfolds. Of course we do not know but certainly that is the wise preparation in uncertain times.

The divergence in policy keeps us long the USD in short bursts against the weaker opposition, starting with the emerging markets and with strong technical pullbacks, ever watchful of the USDX, 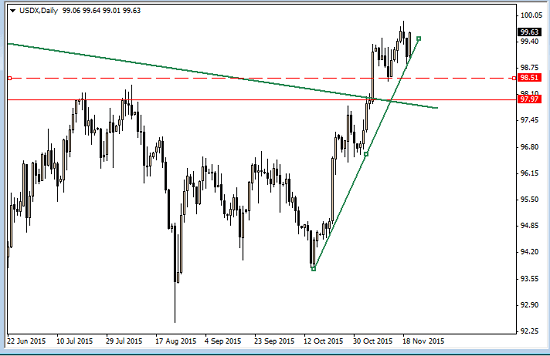 The UK economy is closely in step with the US although following behind with no hikes expected until late spring but still headed in that general direction. Subject always to the unexpected twists and turns of the chairman of the BOE, the long opportunities are still on the table but again on strong technical set-ups and with the right opposition. I still favour the EURGBP and the GBPCAD;

Commodities are attempting a bottom but moves in the US could weaken them further; 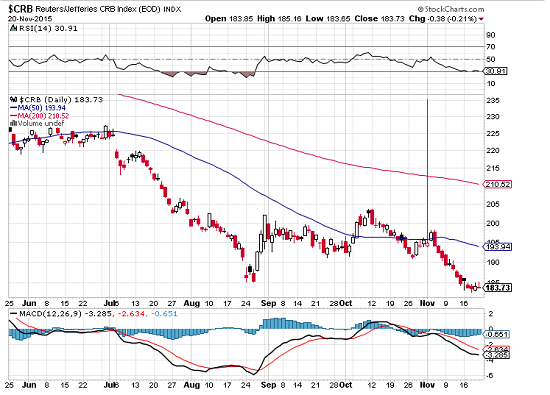 Oil continues to fall, the glut shows no signs of abating and the lows are back in sight. All the major agencies are now predicting a fall in supply on economic grounds next year which includes US rig closures, and Middle eastern geopolitical implications, but none of them expect a fast recovery in prices and the best hoped for is a ‘rebalancing’; 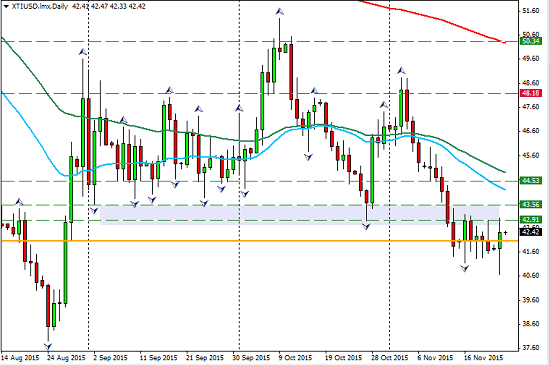 Forex Headlines; The Week Ahead

The first thing of note is the newly scheduled FOMC ‘closed meeting’ , for ’the review and determination …of advanced and discount rates’ Its under the heading of ‘expedited procedures’ and is due Monday afternoon London time. This could be something or nothing but it was given some press attention in the current uncertain environment, it tends to send shivers!

PMI week again, starting in the EZ, France and Germany on Monday

Tuesday brings US GDP preliminary and core durable goods on Wednesday. With rate hikes on the agenda all US data is important!

We also have US thanksgiving so very quiet for the last two days of the week and the start of thinning liquidity.

With growing uncertainty and confusion it will pay to stay on our fundamental toes. The fundamentals have not changed and the sentiment stubbornly attempts quite successfully to remain positive. That in itself is unnerving but we are on alert and ready to act if and when the shifts are seen . Placed as we are in the economic fog, Santa claus may not get his rally!  And even the thanksgiving turkeys are not in full health this year!; 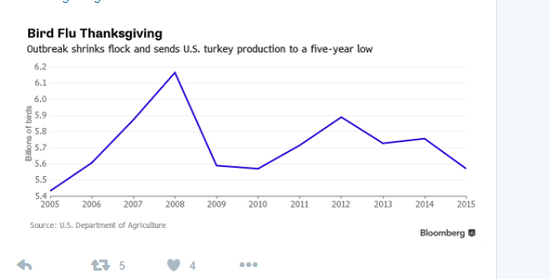 Not an important chart but certainly topical.

Taking a view week to week with shorter term outlooks and finding the sidelines over the weekends looks to be the less stress approach in the run up to Christmas.

To our American friends, I wish you all a very Happy Thanksgiving!