The Phoenix and the double edged Sword

If a phoenix can rise from gloom as well as ashes, then maybe the US is one of them. It seems economically the only hope of one as we stand looking forward into another year.

As global outlooks continue to decline and more countries are added to the growing list of deflationary ‘watches’ , the US continues to pull promising data out of the bag, but as usual it is mixed and gives rise to differing opinions.

Their growth is ‘on track’ in some areas as the labour statistics have shown us and once again we can expect the speculation of rate rises in 2015 to increase. At least expect rumours but watch wage increases or lack of them, Janet Yellen wants upwards wage pressure and it is not showing up yet. There is a Jolts report this week; she likes this one too.

The contrast between US optimism and ‘the rest’ grows ever stronger. With commodities in decline, the Eurozone on the verge of economic crises, the Chinese economy causing major concern, the Japanese watching inflation dropping despite massive central bank on-going liquidity, it is hard to see a way out of crises on a global scale and how to avoid down-side momentum.

There is a further factor to consider. A sad start to the year in the geopolitical arena, as incidents in Paris sent shock waves throughout Europe and beyond.

There was certainly a flight to quality seen in the first trading week of the year as quality bonds were purchased. The effect of course was to push yields lower in their inverse relationship.

The US 10 yr note gapped down at the beginning of the week, recovering with the data that arrived culminating in Friday’s non-farm numbers, but still closed down on the week;

The German bond 10yr yield, with nothing to support it in terms of result performance, it has drifted to 0.49%; this is a worrying low.

There were those who declared that dipping under 1% back in September was a bad sign and indeed it was. This is not just about flight to quality but a serious and depressing prediction of European deflation.

The performance on bonds and yields give us insights into market prediction and worth understanding and monitoring.

The equities also had down weeks, with the US at least recovering ground in the second half of the week again bolstered up by data and a little optimism from last week’s empolyment numbers. 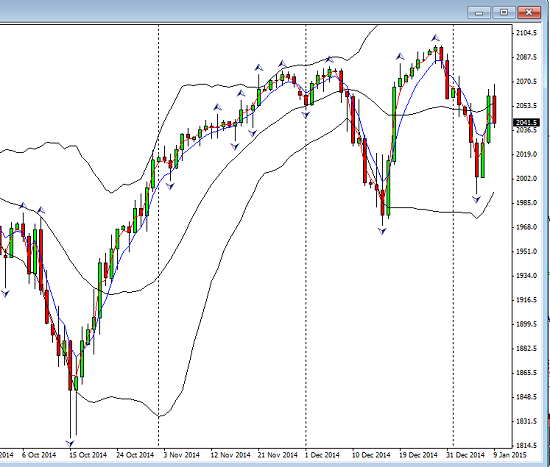 Compare to the Dax in the heart of the troubled Eurozone:

On the subject of sentiment it should be noted that the VIX spiked to 23 this week but fell back towards 16. Even 23 is still a relatively low level but the index is itself more active. Chart courtesy of stockcharts.com: 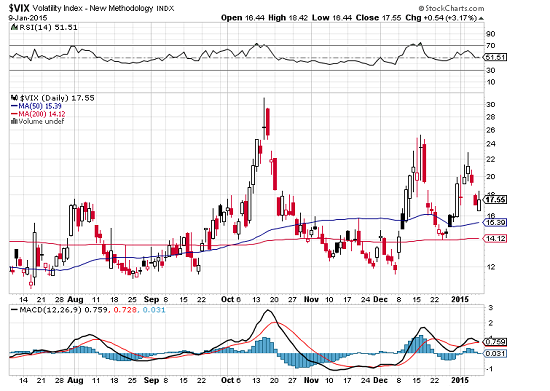 The VIX should be on a weekly watch.

Essential Fundamental ; The Rise Of The Greenback

Can US growth survive? This is a topic frequently discussed among analysts. The pressure of global decline will no doubt weigh on the recovery, but some argue that there is data to support a more upbeat analysis.  Indeed the views of the FOMC disclosed in their minutes earlier this week that lower oil prices will be a positive for the economy.

They as usual focused on labour statistics, noting lack of evidence of wage growth, which will cause concern until any improvement is seen. The non-farm numbers beating expectations on Friday will have been noted and this did receive a positive reaction…it is not just a good number but one of the key  factors for FOMC rate hikes. It is not the only factor. The US data is always a mixed bag.

Will they, won’t they? We know for sure the FOMC decisions are data driven. So far so good and the middle of the year target may be back on, despite dissenting members who voiced the opinion that rates should not be raised this year. Comments were made ahead of non-farm numbers.

Here is the Daily chart of the USD index; courtesy of stockcharts.com 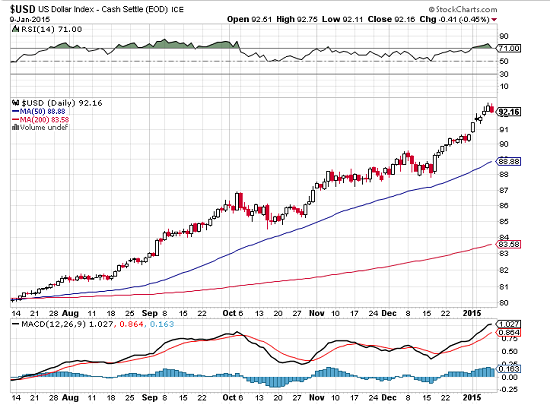 There is a slew of US data to watch this week. This is our reserve currency and is our major paring and remains the focus.

Meanwhile back in the gloom;

The Eurozone confirmed recession with CPI  missing at -0.2%, cheered slightly by better than expected retail sales in the zone and in Germany in particular. There was little to lift the malaise and all ears are now on Draghi on 22nd January to see if he can convince the ECB to launch full scale QE.

This s the state of the EURUSD; 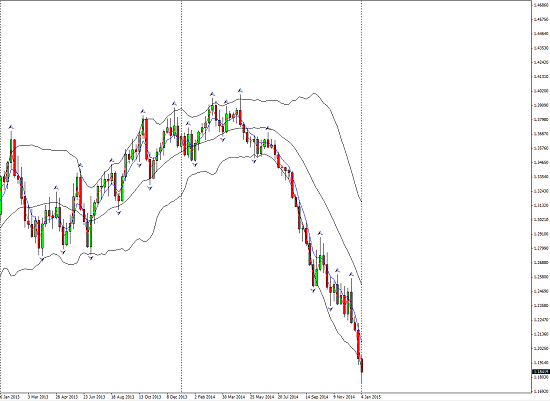 In China, deflation now threatens with commodity prices still falling, metals especially copper seeing new lows after it last month  easily removed the major low of March 2014.  PMI for December was 49.6.  and below that important 50 level. PPI , producer prices which will trickle down to consumer prices, was down more than 3% on the year. China’s export prices are falling and deflationary pressure increasing.

As a result of commodity declines, the downward pressure on the commodity currencies will continue. Chart courtesy of stockcharts.com: 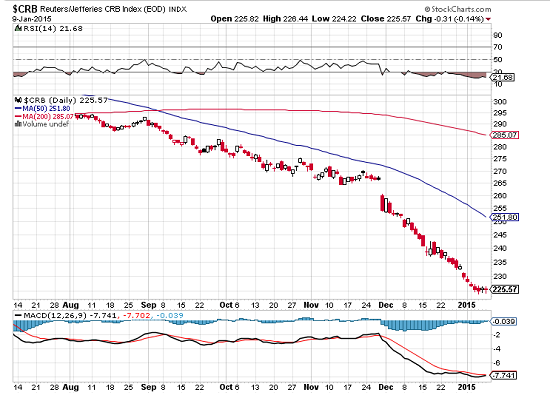 Here is The USDCAD which did see a mild pullback against the US strong trend, but there is a growing contrast in these neighbouring country’s economies; 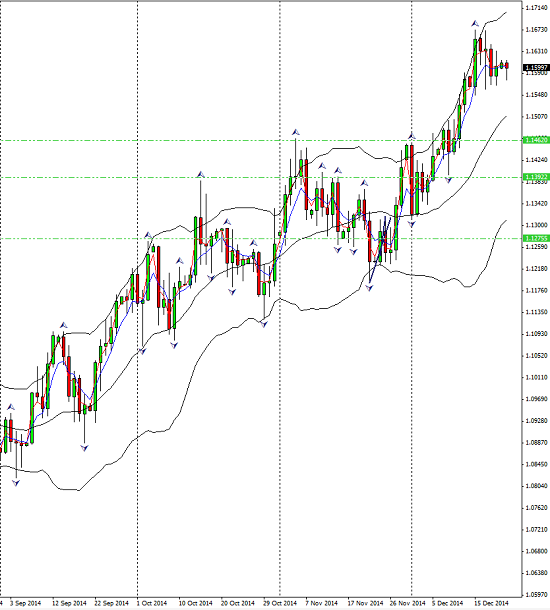 The Aussie had some good data last week, but it is vulnerable and pressured by commodities. It also missed a retail expectation. Employment numbers this week. 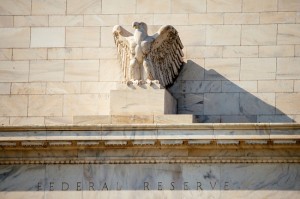 The contrast deepens, the US continues, for now, in a positive direction. Will the phoenix rise? Its still a fragile environment and  its challenge will be from a double-edged sword. Oil prices.  At once a stimulant for economic growth and a precursor of a growing momentum towards global deflation.

In the now, we have a strong dollar and it is the now we trade. If the flight to quality gathers pace the USD continues to strengthen as a safe haven currency. In that event focus shifts to include other safe havens.

And I will leave you with this thought. As hopes grow for QE in the Eurozone as maybe the only chance of defeating inflation, will it work? What if it is not enough to convince traders and investors that a global crises exacerbated by geopolitical uncertainty cannot be avoided?

Trade in the now of course, but watch the sentiment. The global environment is precarious to say the least.