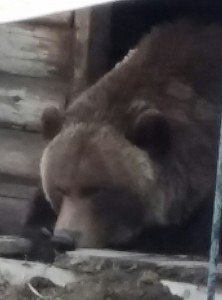 It is not only climate change that is waking up the bears in winter these days, but a distinct smell of fear.

The 2016 markets opened in style as the Chinese stock market losses triggered a shut down device that simply added to the odour.

Some have heavily criticised the Chinese government for the mechanism which fired twice in this first week of business, the second circuit breaker on Thursday took just two minutes to set off and whilst the crises was thus mechanically engineered it did show just how fragile the global sentiment is.

The panic spread quickly to the major equity markets, the renminbi sank, actually more of a free-fall, oil dropped further and the Yen soared revealing risk aversion in no uncertain terms. A dramatic beginning indeed but one that eclipsed some very positive signs in the released data and subdued even the effects of an impressive NFP number. A rare event as well as a dramatic one.  So what does it mean for the market, for sentiment and for the trading community?

The turmoil for Chinese markets started on Monday with their economy showing further signs of contraction as the Caixin manufacturing PMI missed the target expected and registered 48.2 falling further below the 50 watermark. The stock market trading was halted after a 7% drop on Monday only to have an even more traumatic day on Thursday.

ripple effect across the globe, it is well documented but the speed and veracity of the reaction had Soros suggesting we were setting the scene for another 2008/9 collapse.

What also became very clear is just how inter-connected our market place is and thus to trade one sector of it in ignorance of the workings of the other sectors is simply dangerous.  The concerns we saw in the equity markets bled elsewhere and both correlated and uncorrelated markets registered the fear factor. As for China, the instigators of the wave of fear,  spirits were not raised by the CPI number coming in at 1.6% and missing another target in Friday’s data.

Bear Profits: Meanwhile In The Eurozone

What was surprising is that the news was not all bad…in fact it was rather good as the calendar unfolded. Whilst the gloom spread to the EZ markets shown here as a synchronised drop with the UK FTSE; 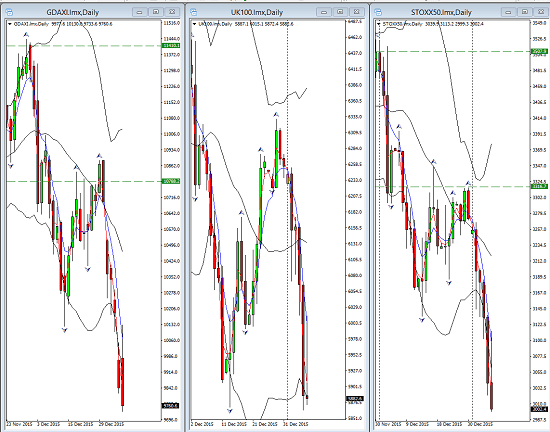 elsewhere there were indications of improvements within the zone’. Manufacturing PMI on Monday showed 55.6 in Italy, 53 in Spain 51.4 in France and 53.2 in Germany. In current circumstances they are encouraging signs. Eurozone CPI however, did disappointingly miss the expectation with a dull 0.2% reminding us of the fragility of the recovery. Any further shrinkage in China will take it’s toll and a declining oil price could easily derail the infant growth.

The index continues to fall 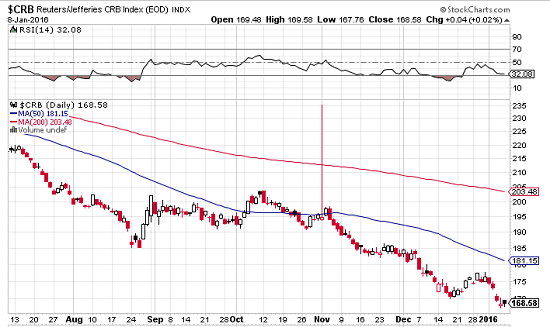 Copper is also back near near the extreme lows; 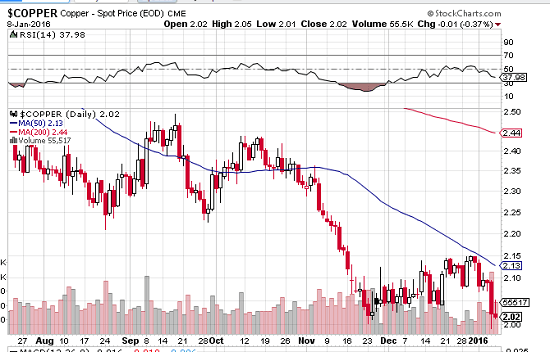 As for oil are we looking at $20 a barrel? That is the Goldman Sachs estimate and we cannot yet start to look at the low range which is expected to last a while until we know where the floor is. We do know short option positions are increasing as demand wanes and supply continues to swell reserves. There has even been speculation this week that there is a limit to storage which will bring even more challenges. 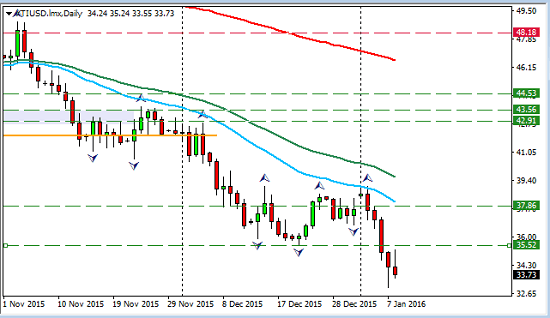 Neither can we ignore now the increasing pressure on Middle Eastern countries once booming now with growing deficits, Saudi Arabia being the obvious example. We have seen sparks fly with Iran this past week  to put it mildly (Saudi actually severed relations) and there are only a very few in the region able to make a profit with oil trading as low it is. Kuwait is one of the very few.

And The Runner-Up Is…

Not often we see the NFP take a back seat to anyone but it seemed to pass through almost imperceptibly. It was an impressive number in terms of payrolls added, soundly beating the estimate. We should however temper any optimism with the full data picture revealing a stagnation in earnings and increases in the unemployment data the day before. The issue remains whether or not the Fed are themselves rattled by last week’s events or whether they are justified in continuing the rate hike process on the back of their relative good news. Fed minutes were also aware of the continuing risks to their inflation target as a result of declining oil and commodities and also noted the wage disappointment. They will no doubt take into account the new miss on earnings growth. Lacklustre come to mind as appropriate.

As far as US equities are concerned, we watched the China effect and the sentiment reaction was as obvious as the technicals were interesting! ;

We still are looking in the US, at an over valued stock market and any serious attempt to set an uptrend pre-supposes corporate growth. The signs are not there yet and indeed the energy sector is likely to have a punishing year. With fourth quarter downward revisions on earnings in the overall index, any viable sustainable rally in stocks seems unlikely.

‘A Cocktail of Risks’

The UK Chancellor coined the expression this week with an eye on the same issues as everyone else…oil and instability in emerging markets. He did add a little rider that the UK may be forced to raise rates but that that policy would require evidence of growth. Yes I think we understand. The PMI this week for manufacturing missed the target but holds above 50.  Services PMI  came in at 55.5 flat on the expectation. It is yet another economy exposed to the global threats and Chinese fallout but has been standing in better stead in relative terms with the exception of the US. Goldman Sachs sees improved growth and the strong role of the consumer supporting it and an eventual rate rise. There is uncertainty over the inflationary target but that is of course a global theme to monitor.

A rather significant week for the GBP with manufacturing data (production) on Tuesday and another big Thursday with rate votes and statement on monetary policy. Always interesting when Dr. Carney is at the table!

There are crude oil inventories on Wednesday and job data from Australia.

Friday will bring retail numbers from the US as well as consumer spending.

Well it is not wise to expect anything especially in a volatile market such as this. But we can keep ourselves educated aware and know what to look for and first on any watch-list must be sentiment. The JPY weakened as the week closed and the initial reaction to Chinese woes may calm. I will be continuing to look for shorts in the S&P and this week favour the Euro and the USD against the commodity set . There may be opportunities for longs in the EURGBP only if it breaks a weekly resistance area but be aware of the big UK news day on Thursday. That could  a game changer. The CAD shows continued weakness so I will be watching oil for further shorting opportunities which include USDCAD longs especially if we see a good pullback. Also on the long list is the EURSEK, USDSEK and the USDSGD. Also shorts in the AUDUSD and NZDUSD.

A dramatic beginning and a potentially volatile journey ahead as the VIX warns; 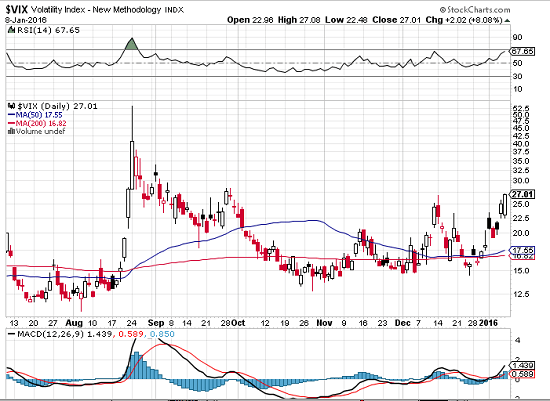 Volatility is just what we require to profit. We cannot predict what course sentiment will take or the direction it drives the market in. Being aware of its twists and turns will define our opportunities but the key to consistent profit will always be the marriage of awareness and risk/reward management.

Wishing you a prosperous successful 2016!