Hi, this is a copy of the analysis that members of my forexmentorpro.com group receive before the market open on Sundays. I show in Part 2 (the next post) how this analysis gave many 100’s of pips profit and meant I achieved my target before Wednesday. Pay particular attention to the Chf & Cad which was analysed accurately from WEEKLY charts, in other words you do not have to sit in front of your screens for hours every day. Make a plan at the weekend or daily candle close and then trade the plan as explained in this post & video: How I Do My Forex Analysis   My goal is to show you how to spot these successful set ups for yourself. 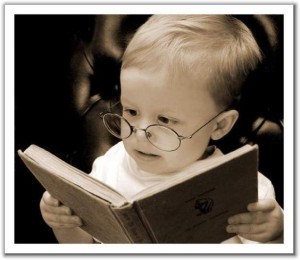 When I started to learn to trade forex back in 2002 I learned simply how to trade from technical analysis.

This method served me well for a good 5 or 6 years but due to the financial melt down I started to pay more attention to news and fundamentals.

Technical analysis is still the backbone of what I do and most importantly helps me pin point entries BUT we need to keep our eye on what is driving price.

If you can learn to compliment your technical analysis with fundamentals it will make you a better trader, hence the inclusion of ex hedge fund trader & professional, fundamental analyst Fotis Papatheofanous

Fotis pointed out last week why he believes the Bank of Japan will yet again intervene to weaken their currency – I suspect they did the previous week during the FOMC news. On a number of occasions back in 2011 and 2012 I pointed out to members why despite the huge drop in the $/Yen I believed the BoJ would intervene and drive the $/Yen steeply upwards. We made many 100’s of pips the first few times, the 3rd time price moved over 2000 pips! again from a pre planned trade

This weekend saw the Italian Parliament in tatters as once again Mr Berlusconi has caused chaos (he is supposed to be in jail but his mega millions and thick skin seem to be making sure that doesn’t happen). THAT could rock the Euro at the market open.

Next week the USA are supposed to agree on the 2014 budget and debt ceiling. Will they agree? Of course they will but both sets of politicians will shamelessly use the event to gain political capital over what is best for confidence in the $USA so expect lots of fireworks. (Update, as you know by now they have shamefully allowed this situation to go beyond the settlement date) There is also the slight matter of NFP Friday, Euro interest rate release and even worse the press conference SO its a week where we need to tread VERY carefully.

I have also  said repeatedly that I believe the Fed & Ecb have agreed to keep the price of the Euro between 1.2800 and 1.3700. So all things considered its unlikely to be easy this week, BUT there will be profitable trades. I explain in todays analysis the main areas I am looking to trade and why. I also give the areas which I will watch on 4 hour charts and a few suggestions for those of you who trade on smaller time frames. 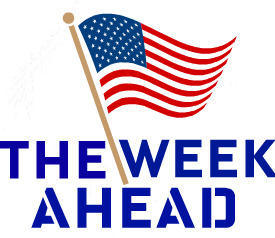 As ever on NFP week my plan is to be finished trading and out of the markets before the Euro rate news and especially the press conference which often cause major swings in either or both directions.

IF I have not been successful that far I will have a look on Thursday which is a relatively quiet scheduled news day, but definitely be finished by London close on Thursday.

Friday is USA jobs news and its forex at its craziest so I never trade it.

Watch those calendars carefully for news (I use Forex Factorys and you can find it here: CLICK HERE, especially “red flag” and don’t get too attached to a trade. As I explained earlier ANY news from the USA re the debt ceiling and or Japanese weakening of the yens could see major, unforeseen moves.

Gbp/$: Of all the majors I trade I do believe that the Gbp will get stronger in the run up to Christmas. Price is likely to close well outside the monthly triangle and possibly stay above the monthly 55ema which are both significant moves. As ever I need a pull back after such a big move and 1.6000 is the logical area for me to long. If price simply keeps going then I need a break and close above 1.6150 on at least a 4 hour chart, followed by a pull back.

Intra day watch 1.6070 for possible clues that price will bounce back up. Its the monthly 55ema so it is a big area.

Euro/$: I said a couple of weeks ago that “Potential 2000 pip break out brewing”… that move has started HOWEVER as I explain in detail in the video I am wary on this pair for numerous reasons: the Italians, the USA, Euro interest rate news, possible price manipulation to name but a few 🙂

The only place I am interested to trade it in the next few days is if price pulls back all the way to 1.3320 where we have big emas, fibs and previous support & resistance. If it keeps going up I will leave it alone.

Do NOT go near it on Wednesday due to the rate news and press conference afterwards.

Chf: Lots of indications that a short is in order BUT I explain in detail in the video why I am more interested in a counter trend (half stake) long at 0.9000

Euro/Gbp: I said a few weeks ago that “I do believe that the Euro will weaken against the Gbp in the run up to Christmas but there is too much below current price right now” and that is still the case.

Price has simply bounced between emas for the last 3 weeks in a small range.

Conservative entry is wait for a close below 0.8300 for a short, but I am interested to short if it pulls back, but likely to be small  moves. Preferred entry is 0.8460 but I will also look for clues on 4 hour charts, to short at 0.8400

Aud In the middle of nowhere right now. Too messy, better opportunities elsewhere.  0.9400 is a slight possible short for me, but on balance I will leave it. If we see a major drop then I will look for a swing trade at 0.8900.

$/Yen: Very complicated due the Bank of Japan possible intervention as explained in detail in the video.

One option is a short if price breaks current daily trend line, followed by a pull back to 98.66. Don’t hang on to it if you do decide to take it as the BoJ can intervene and it will shoot up in a heartbeat. If it drops to 96.00 I will look for a swing trade back up.

I Prefer the Aud Yen of the 3 Yen pairs as that has MULTIPLE REASONS for my chosen entry but the $/Yen Is worth watching intra day. I still believe that this could be on for a huge move up and I want to catch it for a long term hold BUT it broke back down below 98.65 once more

Euro/Yen: Once more 132.00 support line is key. I am only interested to long so that’s the area. If it breaks there I will leave it alone.

Aud Yen: Technically best of the 3 Yens for me. 90.00 is MAJOR previous support and resistance for multiple reasons. Big emas and It also has 50% & 61.85 fibs in the area on a daily. 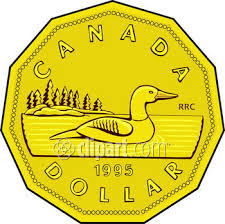 Cad: 2 weeks ago I said “Not for rookies this pair and it has been all over the place in recent months so higher risk than I like BUT I have multiple reasons to take this trade AND it has a very good risk reward ratio so I will place a forward order long @1.0270 – All explained in detail in the video”- it worked 2 weeks running and THAT is the area for me to long once more.

We are NOT a “tipping service” our aim is to teach you how to trade for yourself. For more up to the minute updates do not forget to drop by the members only  forum

Pierre, Vassilis (Capsmart), Raa, Omar, Mary, and other experienced members will be available in the forum to give you a more up to the minute assessment & whether they see any potential trades lining up in the next few days. Many members tell me this is the best forex forum there is (no back biting & bitchiness, nor spam, that spoils most forums) and all members are happy to help new visitors. Its a great resource, USE IT:

To View the Video full screen, click on the square shape, bottom right hand corner. I had a problem with my video software this week so apologies for the screen size being slightly smaller than usual: Remember this video was recorded on Sunday 30th September BEFORE the market open. At the open I posted on twitter about the gaps that had opened. In this post and video I explain the basics of my gap trading strategy: Forex Gap Trading The full strategy can be find in my forexmentorpro.com members website